La Rioja is located just south of the Basque Country. La Rioja, in northern Spain, is synonymous with wine. In this region Spain's most famous wines are produced internationally. They are exquisite wines, with a centuries-old tradition and good reputation, which impress everyone who tastes them. And the fact is that wine in La Rioja is not just a drink. There is a whole culture deeply rooted in this country with vineyards and more vineyards.

The Rioja wine is cultivated with love and it is noted in the quality of the vines that transform Rioja wine into a treasure claimed by the most demanding palates on the planet. The average annual

Rioja production is 250 million liters, of which 85% corresponds to red wine and the rest to white and pink. Different types of wines, but all of them characterized by their quality.
It is enough to travel to this country to realize that life in the region revolves around this drink. Discovering this universe of smells, colors, shades and experiences is a highly recommended experience. And La Rioja is the ideal place to start this journey through the wine world.

THE WINE CITIES OF LA RIOJA

La Rioja has two wine capitals which are Haro and Laguardia both cities are cozy little villages with nice atmosphere and wine production has marked their lives, as you can see in the reflection of many of the popular monuments in the cities. The region’s capital is Logroño and is a larger city, where you will find the economic engine of the region and cultural expression of the area with an attractive history. The vineyards are part of their landscape and most of the wineries can  visited.

A distinct characteristic of Rioja wine is the effect of oak aging. First introduced in the early 18th century by Bordeaux influenced winemakers, the use of oak and the pronounced vanilla flavors in the wines has been a virtual trademark of the region though some modern winemakers are experimenting with making wines less influenced by oak.

The St. James Way to Santiago de Campostela pases through the Region og La Rioja. Many of  the Ancient Romans founded a large number of the vineyards in La Rioja.  Throughout the Middle Ages, pilgrims  passed through the region and carried back with them the reputation of wines from the area.

Day 1 Arrival and Dinner at the Hotel
Pick up and drive to our unique 5* Bodega hotel with 1* Michelin restaurant. In the small village of ELciego. Dinner at the local gastro bar serving elegant gourmet food in the town near the hotel.
Day 2 Experience New and old wine traditions
Private Visit at the innovation bodega Marqués de Riscal with en excellent wine tasting. Transfer to a traditional family run bodega located in the capital of the Wine region Laguardia. Introduction the their wines and tasting and a country lunch with local products in the Bodegas own restaurant.
Day 3 Private guided Bike tour on St. James way route.
Pick up at the hotel drive for a private guided visit in Logroño old town followed by a guided bike tour through the tracks for the pilgrims and to the small village of Navarrete, for a unforgettable local lunch. Transfer back to the hotel with an outstanding dinner at the 1* michelin restaurant at the hotel.
Day 4 Visit to Bodega Muga with Tasting course
Check out and pick up from the hotel and drive to Haro one of the capitals in the Rioja wine district. Visit to on of the most know bodegas Muga. Followed by course to learn how to do a real wine tasting. Finalizing the tour with an excellent lunch in a restaurant in Haro.

Let us  indulge your into the food and wine culture of La Rioja.

Contact us for a tailor made  unique private La Rioja  tour.

Let us Surprise you in Seville 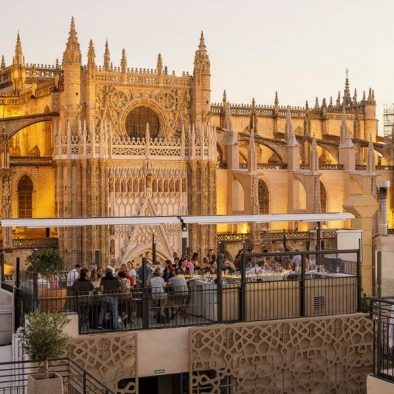 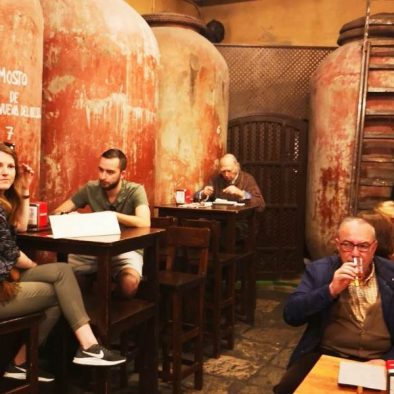 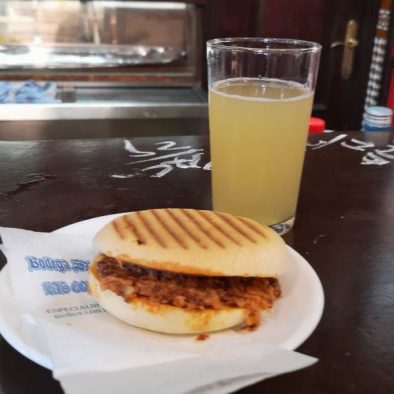 A taste of Seville Experience