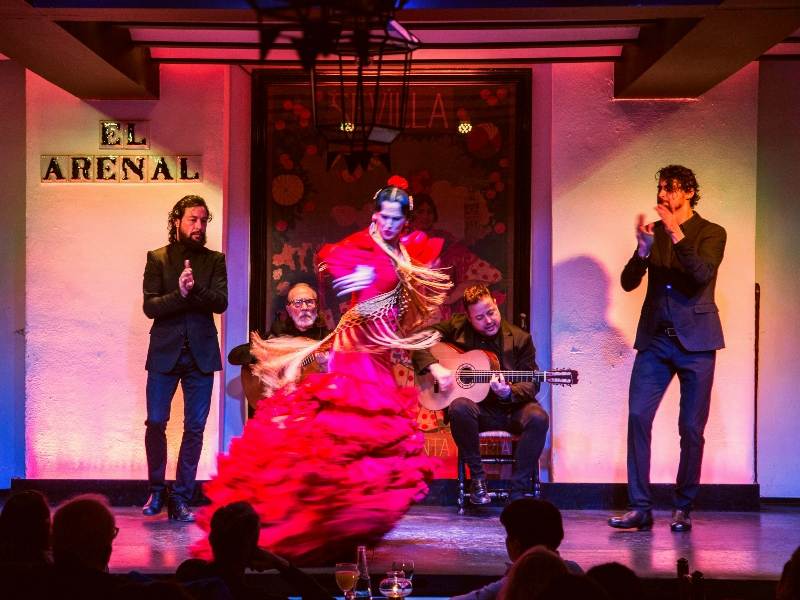 The 10 most Autentic Flamenco performances in Seville.

Every night there is a flamenco show in this inner courtyard of a 15th-century palace-house in the Jewish quarter of Santa Cruz. Here simplicity is a virtue: a small tablao with four chairs (singer, guitarist and two bailaores) and comfortable scissor seats that surround it on all three sides. All in the charm of a column patio, with the typical tiles and flowers, plus the barred doors and windows. The show lasts about an hour, and is done with ambient sound, to feel the music without decorations and feel the vibration of the ” taconeo”. 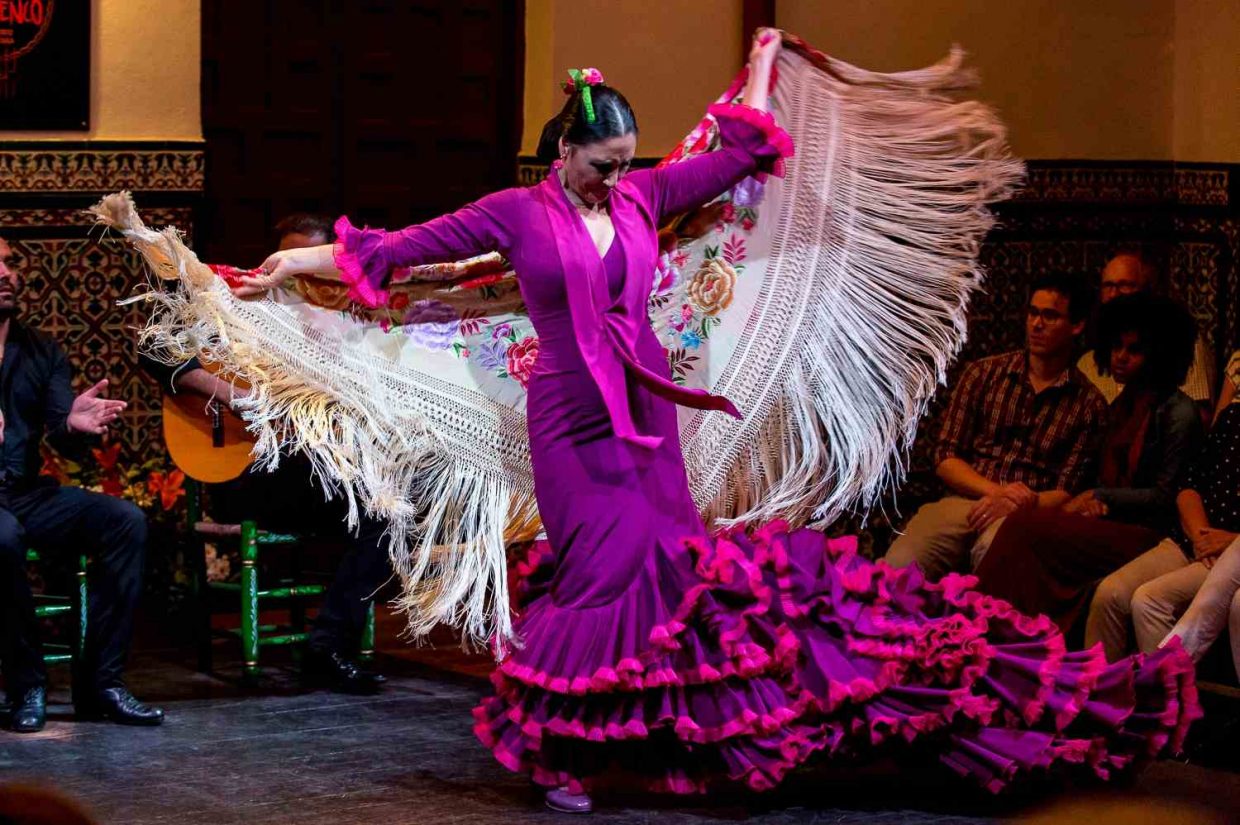 Personally this is my favorite tablao performance. If you want to see a quality flamenco show, El Arenal is one of the most classic venues in Seville, and in its more than forty years of history it has managed to recycle itself to offer a professional service without giving up the best flamenco vibes and the spontaneity of their live shows. El Arenal is in the neighborhood of the same name, very close to the Maestranza bullring. They offer 2 shows every day and you can have dinner to the first show of the day. The building is from the 17th century, but it is completely renovated and inside it is surprising how comfortable it is. For example, the views of the stage are good from any table. Although there are other cheaper tablaos, here you find much more entertainment and artists on stage with a variety of cante, Spanish guitar and dance in different styles. Address: calle Rodó 7 Phone: +34 954 216 492. 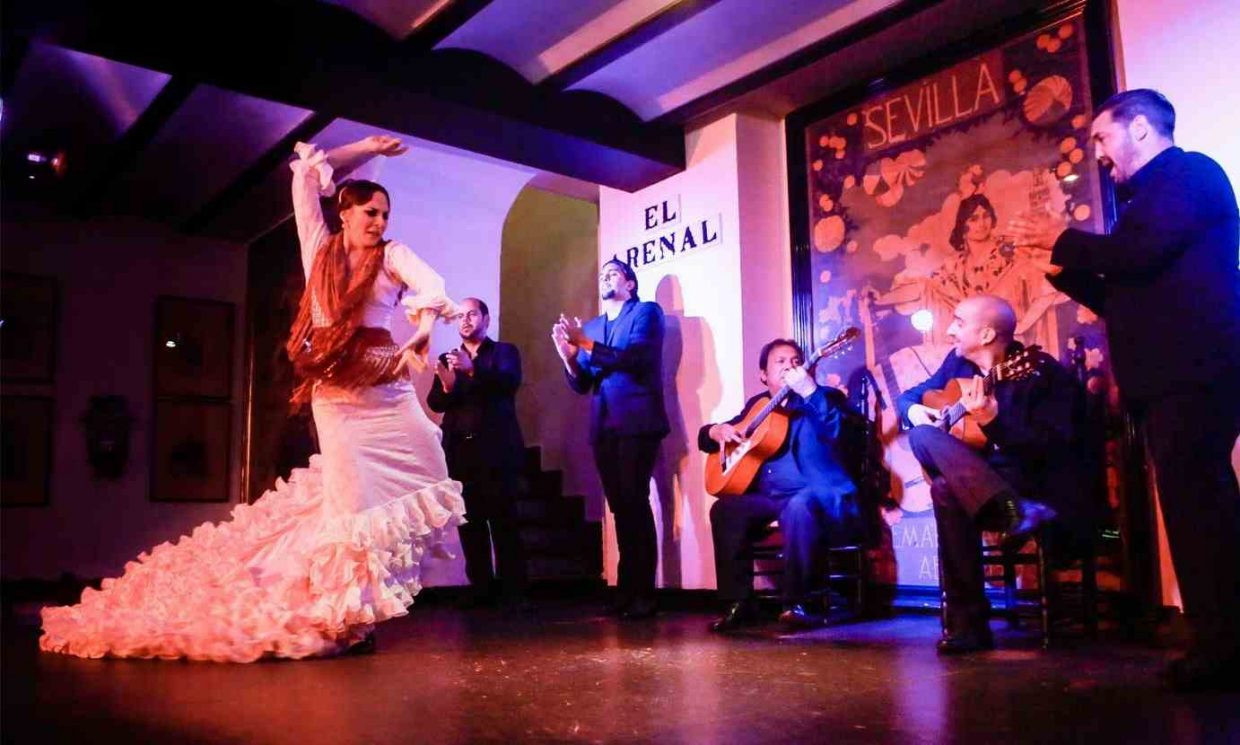 It is one of the oldest tablaos in Seville, since 1966, and has aged without losing strength, gaining prestige and adding sediment to the art that is breathed on its walls. Here you find pure and traditional flamenco: guitar, voice and dance. Especially the dancer captivates you from the first moment, with its dedication and a contagious passion. Los Gallos is a very small tablao, which is a shame because it is always full and can be overwhelming. Address: Plaza de Santa Cruz 11 Phone: 34 954 21 69 81

This tablao is set in the heart of the Andalusian capital city, in an authentic environment that helps you connect with the purest Flamenco atmosphere. The peculiarity of the Tablao Flamenco La Cantaora is that the “festero” is present, a complete artist that sings and dances as they interpret 19th-century palos. Address:Calle Albareda, 22 Phone: +34 622 72 48 72 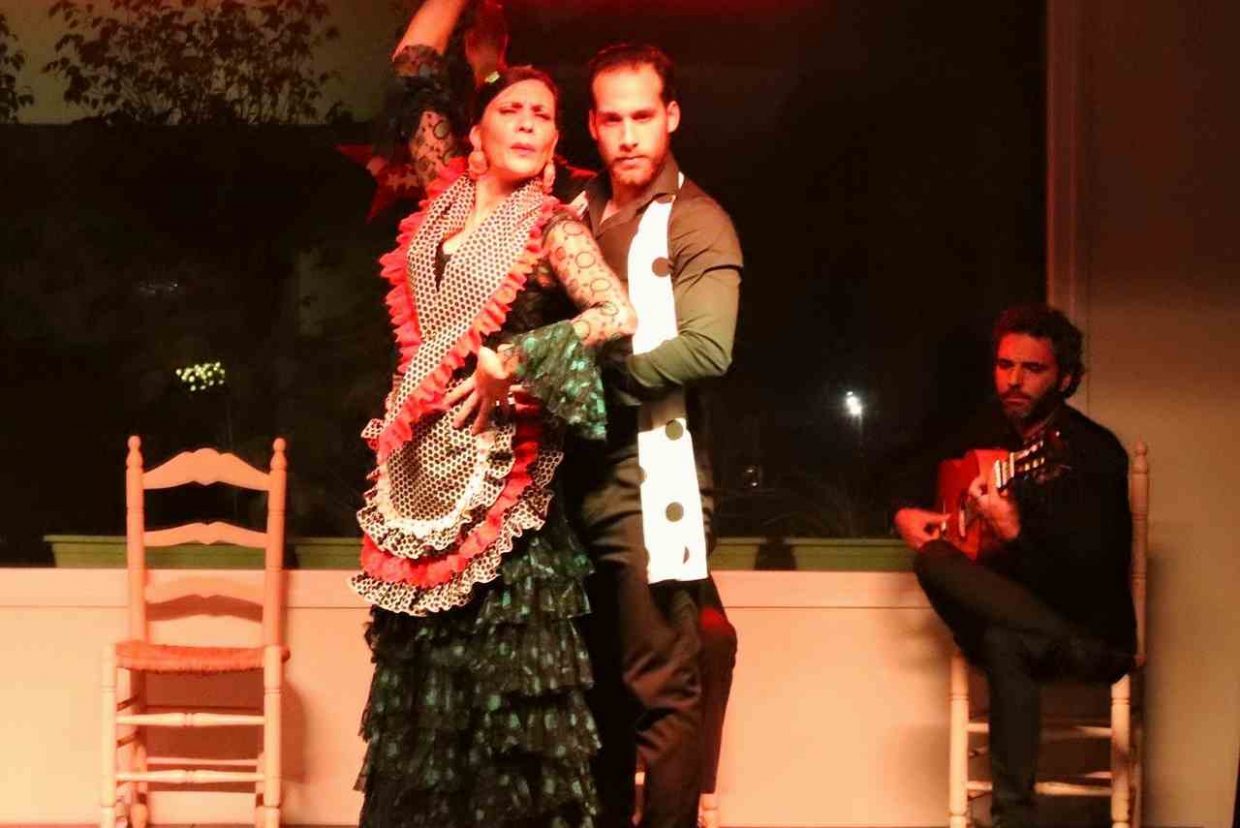 This Tablao has staged everything you need to enjoy an intimate and exclusive show in the historic center of the city and feel the unmistakable sound of the Spanish guitar, the claw and energy of taconeo, the art and delicacy of flamenco dance, strength from the drawer, and above all, endless sensations and incomparable experiences. All this in an elegant and delicate environment where you will live an immersive experience. They offer a cold Manzanilla from Sanlúcar, the good local wine or the frozen sangria that we will serve as a courtesy before entering the show, in addition, you will discover the flamenco, its history and its styles, through a video they show 10 minutes before starting the show and at the end of the show you can share your impressions with the artists and immortalize the moment lived. . Address: Calle Arenal 3 Phone:+34 678 007 724 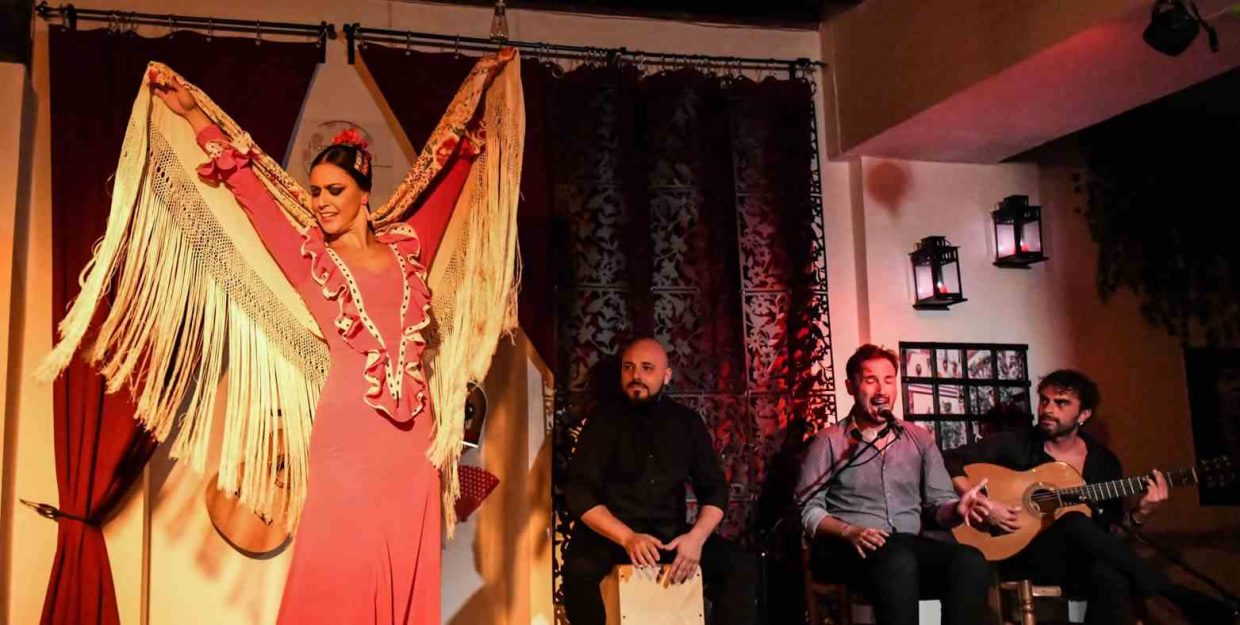 Emilio Ramírez ‘El Duende’ is the first bailaor and responsible for the artistic direction. Along with him, up to 20 artists string together alegrías, tarantos, seguiriyas, soleás, bulerías ... The result is a tour of the flamenco styles,emotions and rhythm for those who want to know more about this culture colors. In fact, the show was broadcast on TVE Internacional, so don't be surprised if you see a lot of foreigners discovering flamenco for the first time (as almost everywhere, actually). But you will also see the most expert vibrate, appreciating the nuances of each performance. Address: C/ Matemáticos Rey Pastor y Castro, 4, Isla Cartuja, Phone: + 34 954 534 720 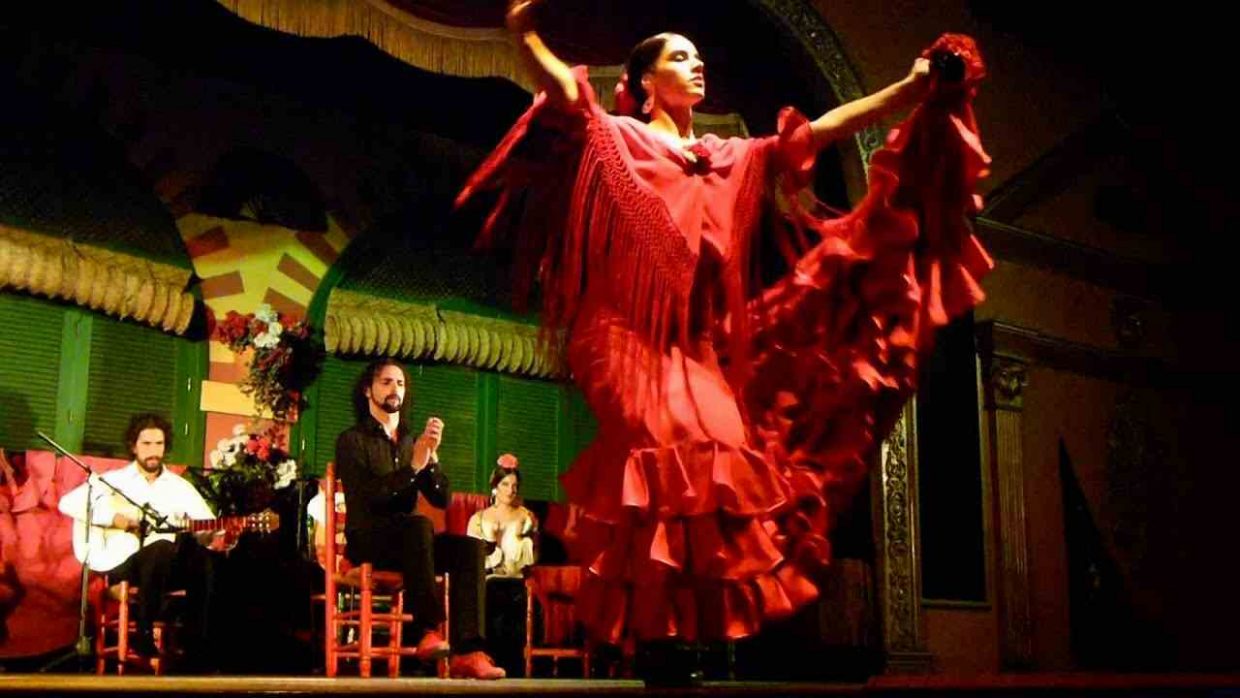 Flamenco show at Casala Teatro A charming stage proposal takes advantage of two stops at the traditional Triana market to offer an intimate show for only 28 people. The seats, recycled from a movie theater, and the surroundings, among the food stalls in the market, make this a unique experience. Of course, the comments on departure were fantastic, people fall in love with the proposal, both for the originality of the venue and for the quality of the function. The stage is tiny, but it becomes big thanks to the artists who step on it, who manage to make the hair stand on end. It does not matter if you are not a great flamenco fan: in the final applause you will stand up. The artists leave their skin and the connection in the room is total, far removed from the typical tourist shows. One hour of singing and dancing for € 20, in two daily passes at 18:30 and 20:00. In addition, the Casala functions as a theater in a broader sense, and has interesting theater, film and music programming. It's worth taking a look at your schedule in case there is something that interests you while you're in town. Address: Mercado de Triana (puestos 11-12), plaza del Altozano s/n Phone: + 34 651 64 34 55 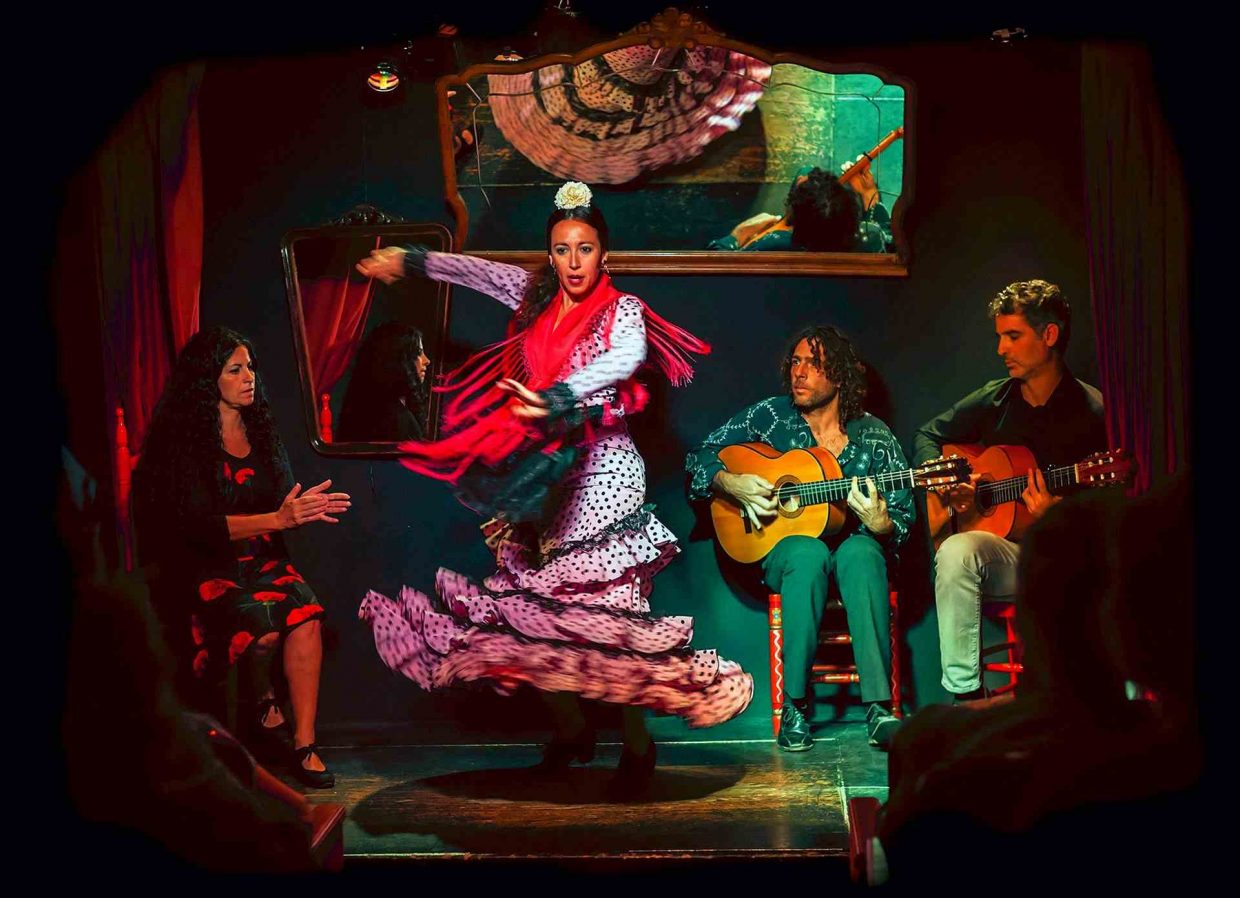 The first thing that catches your attention of the Casa de la Memoria is the enclave: the old stables of the Palace of the Countess of Lebrija that date back to the 16th century, and have been restored following the structure of a traditional Sevillian courtyard house. A traditional show with singing, dancing and guitar is presented on this stage. It is the opportunity to see the purest flamenco, performed in its different styles. But just because it's classic doesn't mean it's not accessible, if you let yourself go you'll enjoy it even if you have no idea of ​​flamenco. The artists change every night, so you don't really know who you are going to meet, but they are all of a high level. Many of them have been awarded in different competitions. The second floor of the house houses a museum with temporary exhibitions, always related to the culture of the region, as well as a store with Andalusian and Sephardic crafts. . Address: calle Cuna 6 Phone: + 34 954 53 47 20 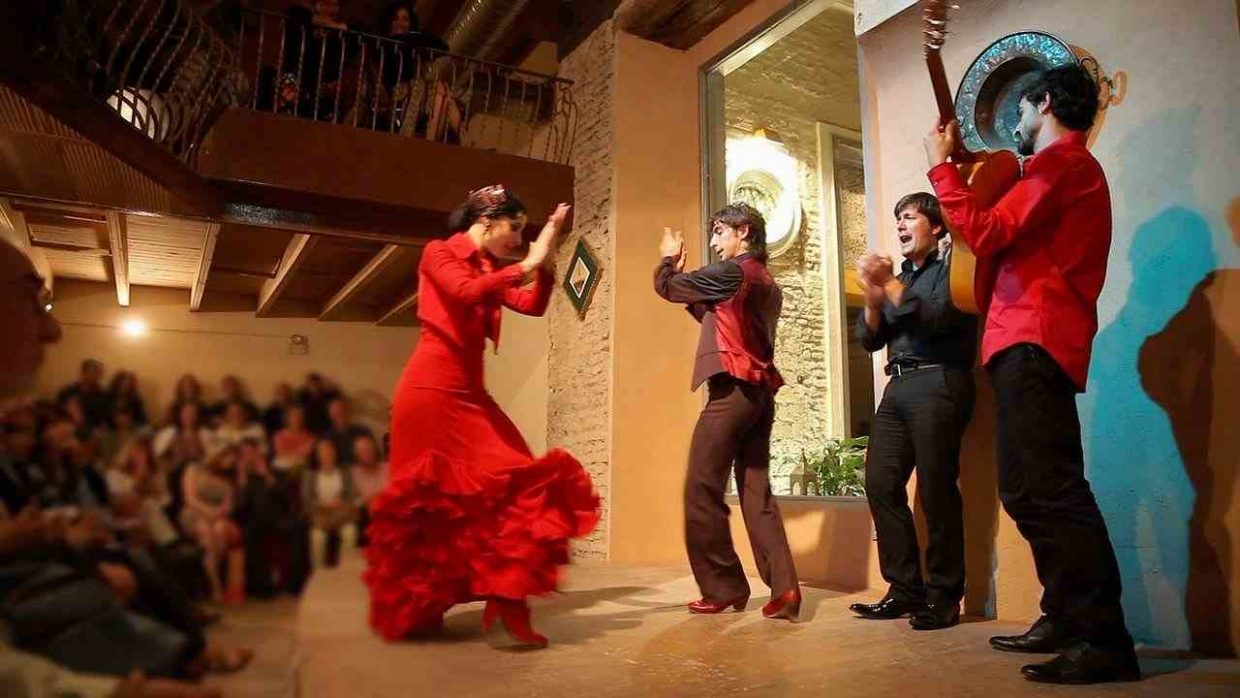 The Tablao is part of the Flamenco Dance Museum which is an very interesting interactive museum about the flamenco dance history from the the origin till today. The museum was founded by the famous bailaora Cristina Hoyos. Here you will be able to see the classic posters of these events, the high-heeled shoes that are used or the flamenco dress ornaments. Address: c / Manuel Rojas Marcos, 3 Phone: + 34 954 34 03 11 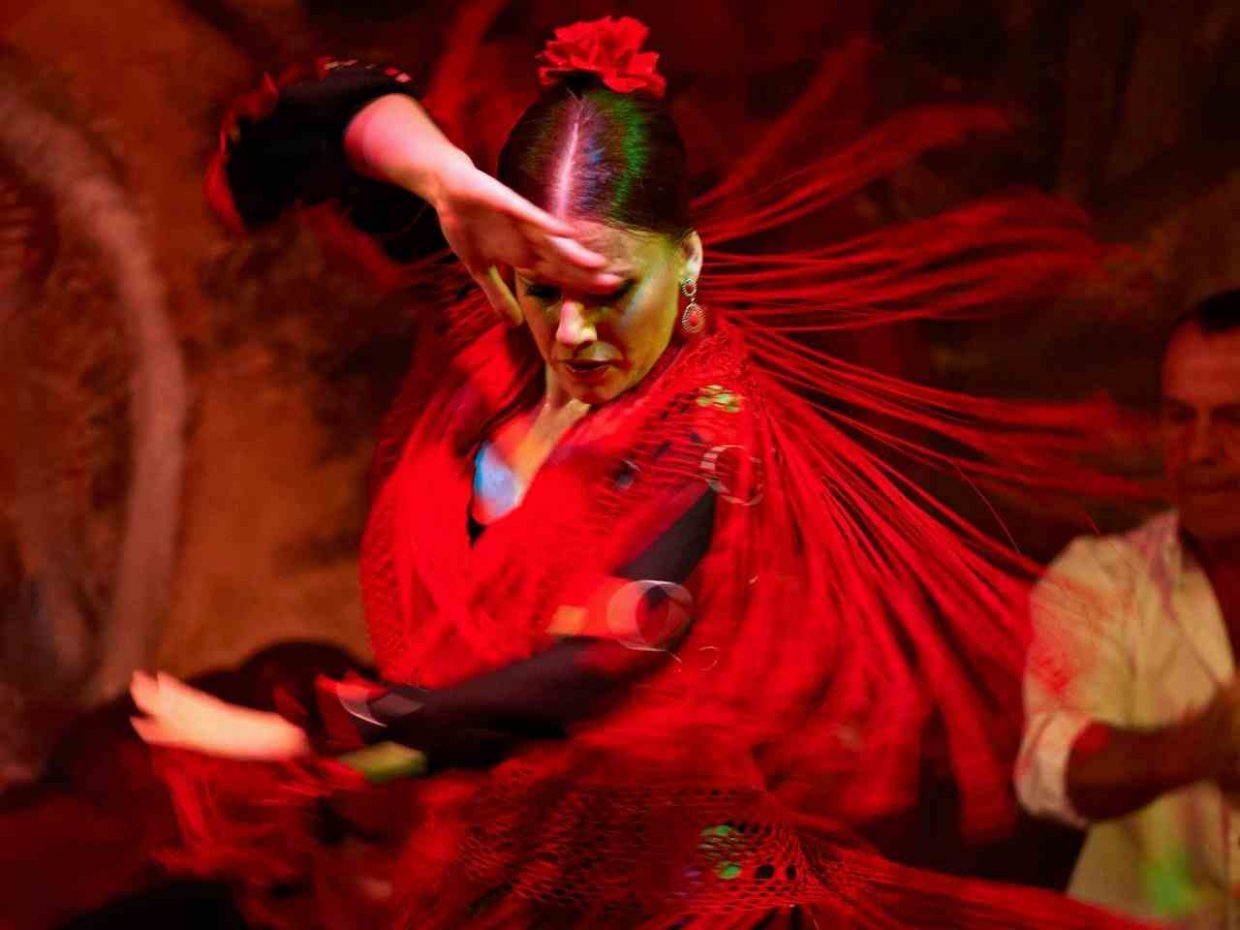 José Luis Postigo has two national flamenco guitar awards and runs the Casa de la Guitarra with devotion and good work. This is much more than a flamenco tablao: we are in a temple of guitar, singing and dancing. The show has a traditional and purist approach but accessible to the uninitiated audience, since it is very easy to catch the emotion that is created in each performance. In fact, if you are interested in the technical part of flamenco, you will like to know that admission to the show includes a visit to the Guitar Museum, a collection of more than 60 pieces from the last three centuries.Address: calle Mesón del Moro 12 Phone: + 34 954 22 40 93 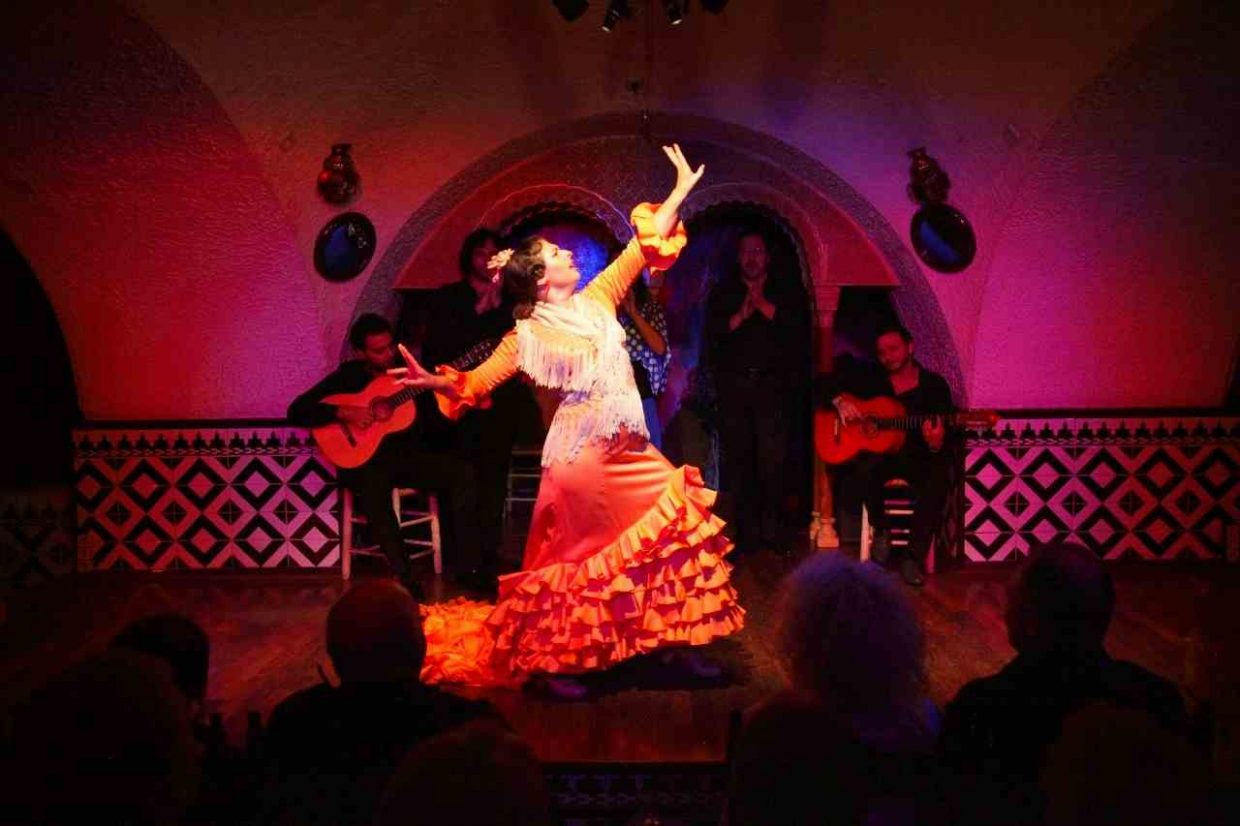 Brief history of flamenco Flamenco is a traditional style of music and dance of the Andalusian community and although its origins are not clear, it is associated with the gypsy ethnic group that has been fundamental in its development and evolution. This style should not be confused with Andalusian folklore, among which are sevillanas, for example, it is an artistic genre that departs from traditional features. It has even become a cult art without losing its popular character, being a hallmark of Seville and a great tourist attraction. In 2010 Unesco declared flamenco Intangible Cultural Heritage of Humanity and is currently very widespread in the world to the point that it arouses more interest to foreigners than to Spaniards themselves. As an example of this, most of the students of the schools of this art are foreigners and Japan is considered the second homeland of this genre, with 60,000 people studying in 650 academies throughout the country.

Would you like to know more about  Seville history and food traditions,  feel free to sign up for our Best Tapas tour in Seville or any of our other food and Wine tours. 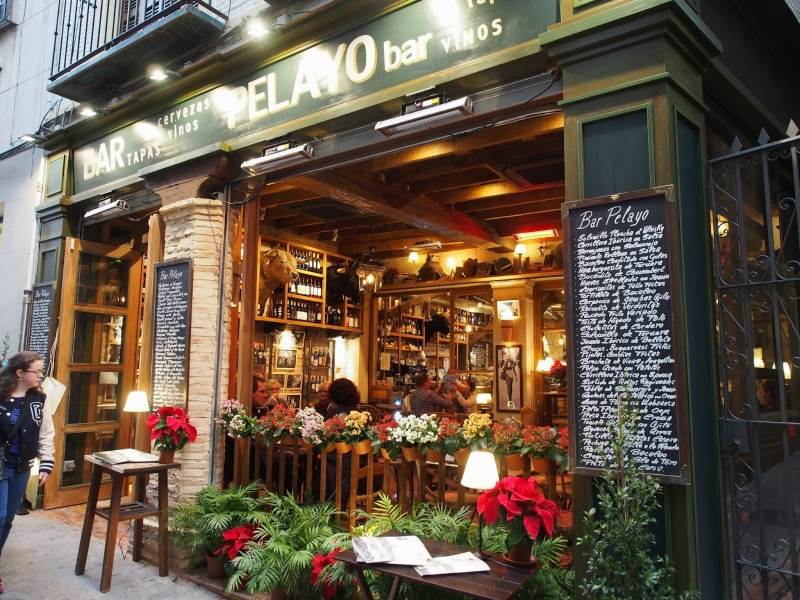